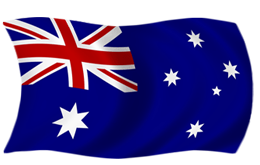 Australia’s stance concerning gambling is fairly liberal in nature. Gambling is regulated on two levels in Australia. You’ve got the Commonwealth, which provides directives and laws on a national level, and then you’ve got legislation by the individual states and territories.

The majority of day-to-day gambling regulation takes place on the regional level through various state-run gaming agencies. This being the case, the types of gambling opportunities available throughout the area vary depending on what the individual state or territory you are in has elected to approve in their oversight of the industry within their jurisdiction.

The Commonwealth does have an active role in gambling regulation in Australia and is responsible for passing legislation, regulating gambling entertainment, and handling amendments to existing legislation. National taxation would be an example of one element that is regulated through the Commonwealth, though individual regions are not prohibited from enacting their own taxation requirements.

For instance, South Australia enacted a 15% consumption tax on all betting transactions in mid-2017; other States and Territories are following just behind South Australia in writing new taxation requirements. The Australian Commonwealth feels that the individual states and territories should bear the majority of the burden of regulation, licensing, and monitoring of the industry. The Commonwealth is more involved in the online gambling platform via the Interactive Gaming Act and the Interactive Gambling Amendment Bill of 2016.

Licensing requirements and fees approved venues, and most directives regarding gambling are up to the discretion of each state, territory or region as is defined by their jurisdictional boundaries, including taxation. This ensures that the approved gambling initiatives are a reflection of those residents who would be most impacted by such decisions.

Each territory sets up its own regulatory bodies via specific gaming commissions, agencies or committees. They have free reign to regulate as they see fit as long as they do not contradict any national gambling laws in Australia. This is seldom an issue since the national regulatory structure is designed not to interfere with regional legislation.

Following are the various state and territory gaming authorities as well as a listing of the relevant gambling legislation that applies to each. Once you have a better understanding of the laws for your region, you can check out our list of legal Australian online gambling sites where we review the 5 most reputable sites.

Regulated through the Office of Liquor, Gaming and Racing http://www.olgr.nsw.gov.au/olgr_default.asp

Regulated through the Licensing Commission https://nt.gov.au/

Regulated through the Office of Liquor and Gaming Regulation http://www.olgr.qld.gov.au/

Regulated through Victorian Commission for Gambling and Liquor Regulation http://www.vcglr.vic.gov.au/

Regulated through the Department of Racing, Gaming and Liquor http://www.rgl.wa.gov.au/